One major update in iOS 16 is a revamped lock screen. The much-anticipated release of iOS 16 has begun, first as a developer beta and now as a public beta that anybody can download. For our initial thoughts on all the new features shortly to be available for the iPhone, be sure to read our iOS 16 public beta hands-on.

September 12, Apple will make iOS 16 available to iPhone 8 and newer devices for free. A customizable Lock Screen and the option to temporarily modify or unsend iMessages are just a few of the many new features in iOS 16.

When iOS 16 becomes available, launch the Settings app on your iPhone and select General Software Update.

With iOS 16, you can customize the Lock Screen with multi-layered wallpapers, widgets, unique fonts for the date and time, and more. This is the main new feature. Additionally, you can choose a collection of images to shuffle on the lock screen all day.

A variety of Lock Screen alternatives are displayed in the new Lock Screen gallery, along with a new Weather wallpaper that displays current weather data and an Astronomy wallpaper that offers images of the Earth, Moon, as well as Solar System. With support for numerous Lock Screen layouts in iOS 16, you may swipe between your preferred designs to change it.

Edit or Unsend an iMessage

iMessages can now be temporarily edited or unsent, and they can now be marked as unread after being opened, thanks to iOS 16.

Up to five modifications can be made to an iMessage from Apple within the first 15 minutes of sending it. On iOS 15 or previous devices, modified messages are received as a new message that states “Edited to [new message],” and the recipient can see a history of the adjustments made to the message.

Simply click and hold on to a message bubble and choose the relevant choice from the menu that displays to modify or unsend the message. Edited iMessages are identified by the word “edited” beneath the message bubble. Messages sent via SMS (green bubbles) cannot be changed or canceled.

With huge album art and a color-coordinated backdrop, the full-screen music player from iOS 16 is once again available on the Lock Screen.

In iOS 10 from 2016, Apple last provided a full-screen music player on the Lock Screen. Click on the bottom of the screen to minimize the music player and return to your default Lock Screen wallpaper if you don’t like the characteristic.

This is in addition to the iPhone’s already-existing support for Xbox Series X as well as PS5 DualSense controllers since the introduction of iOS 14.5 last year.

For online orders placed with Apple Pay, iOS 16’s Wallet app now includes new built-in order tracking data. The tracker shows when a shipment is available for delivery as well as provides an anticipated delivery date for an order.

Close Your Rings Without an Apple Watch

With iOS 16, everyone with an iPhone, including those without an Apple Watch, may now access the Fitness app. The software has a daily Activity ring that calculates a user’s daily steps as well as calorie burn using the iPhone’s motion sensors.

Apple said that its Fitness+ program will be accessible to iPhone users without an Apple Watch in the 21 nations where it is now offered later this year during its iPhone 14 launch. Fitness+ costs $79.99 per year or $9.99 per month.

What devices will run iOS 16?

The same devices have been supported by Apple’s most recent two software updates, dating back to the fall 2015 release of the iPhone 6s. Apple is discontinuing support for some older smartphones, though, due to the number of iOS 15 features that called for more up-to-date hardware.

According to Apple, iOS 16 will be available for iPhone 8 models and newer. According to earlier rumors, this version will not support the iPhone 6s, iPhone 6s Plus, or the original iPhone SE from 2016. The iPhone 7 and iPhone 7 Plus, however, are no longer supported by iOS 16.

Owners of those phones won’t necessarily feel vindicated if Apple support ends with iOS 16. The first iPhone SE was released six years ago, and this September, the iPhone 6s models will turn seven years old. Even the iPhone 7 is getting close to its sixth birthday. Given the improvements in processing power since then, it stands to reason that some iOS 16 features are more advanced than what those devices are capable of.

One of our favourite new features in iOS 15 was focus, which blocks off unnecessary distractions so you can focus on whatever you’re doing, whether it’s work or play. And it will get much better with iOS 16.

First, it will now be possible to create unique displays linked to a certain focus mode for your iPhone’s lock screen. For instance, you may configure one for work, complete with widgets, modifications, and business-related wallpaper, and another for when you’re unwinding at home.

Additionally, the Focus customizations will extend to a few apps; for example, if you have Work Focus mode chosen, Safari, Messages, Mail, and Calendar will only display notifications relating to that. On the lock screen, switching between Focus modes would be as easy as swiping.

Here are some examples of how a Tom’s Guide editor has used Focus mode to his advantage and why he anticipates changes to this feature in iOS 16.

If the user pays on time, there are no fees or interest charges, and the payments should be accepted everywhere in the United States that accepts Apple Pay. In case they require extra time for some big purchases, customers won’t be without options thanks to PayPal’s recent announcement of its own BNPL service Pay in 4.

Apple Pay now adds an Order Tracking tool, which will provide you with thorough receipts and order tracking details all within Apple Wallet, to help you manage your payments more effectively.

Finally, there are some new features for Keys and IDs in Wallet. You can now share your house, hotel, office, as well as car keys in Wallet using Apple’s iMessage apps and use your ID in Wallet to authenticate your identity and age within apps. Naturally, all of this information will be maintained securely.

Apple’s navigation app is currently offering service in 11 additional nations. Additionally, six other cities, including Chicago, Sydney, and the stunning Las Vegas, are being added to the network of 3D city maps.

Practically speaking, you may now include up to 15 stops in an Apple Maps route, making it easier to navigate between several locations. Siri may be used to add more while you’re out and about, or you can plan a route in advance on a Mac and send it to your iPhone when you’re ready. (In iOS 16 Maps, follow these steps to design a route with several stops).

If you take the bus or train, Apple Maps now allows you to check the cost of your trip. You can now add your transport cards to the Apple Wallet app to see if you have enough credit to go where you’re going.

In iOS 16, improvements will also be made to Live Text and Visual Lookup. You will have the ability to extract text from videos starting with Live Text. Any frame can be stopped at, allowing you to highlight specific text. You may highlight a significant amount of foreign text using Live Text, which also functions in Translate.

One of iOS 16’s best additions is Visual Look Up. In order to make it simple to transfer an image into the other application, like Messages, Notes, or Mail, you may now tap the subject of a photo in order to copy it. This separates the image from its background. In iOS 16, we have instructions on how to remove a subject from a picture.

Family Sharing has been improved with iOS 16, which already offers a tonne of useful features for families. The major change is that the Quick Start option, which transfers existing settings to a new phone, will make it more quicker and simpler to set up a child’s smartphone.

Kids aren’t known for having much patience, so this is highly appreciated. The ability to approve (or decline) requests for increased screen time directly from Messages rather than having to go through Settings may be even more helpful.

Apple also debuted the brand-new iCloud Shared Photo Library. Similar to how you can do with Google Images, this is a different library from your other iCloud goods and enables you to collaborate with friends and family on sharing photos. Up to five persons may be added.

You have the option to share only some images, all of your photos, or groups of photos by date or person. In terms of sharing, you have two options: manually adding images or using the new sharing shortcut in the Camera app to upload images as you capture them. If that’s the route you wish to go, you can turn this switch to make it automatically enabled.

Even photographs to share will be suggested by Photos on the For You tab. Everyone has the same permissions in the communal library.

You may follow teams and leagues on Apple News to receive the most recent news and updates by visiting the new Sports section. You may view the schedules, results, and highlights under My Sports. The Apple TV app syncs everything you own.

In the US, UK, Canada, & Australia, this will be free. Customers of Apple News Plus will have access to exclusive coverage of their preferred sports teams.

The Safety Check feature in iOS 16 is part of Apple’s effort to promote personal safety. Domestic violence victims can simply remove access to their accounts thanks to this by disabling location sharing or app permissions, for example. Safety Check safeguards message access and has the ability to reset all privacy permissions.

A few improvements to health are coming with the watchOS 9 upgrade, which will be released concurrently with iOS 16. For tracking movement as well as other activities, the iPhone is receiving its own version of the Apple Watch’s Fitness app. Even if you haven’t an Apple Watch, fitness will still function on your iPhone.

A area that will enable you manage and report your prescription medicine is another intriguing addition coming to Health. You may input the medications you’re taking using the iOS 16 Medications feature, but perhaps more crucially, you can set up reminders to take your medications at specified times.

We’ve already discussed some of the highlights from Apple’s WWDC presentation and our beta testing of iOS 16. But other characteristics also merit consideration. 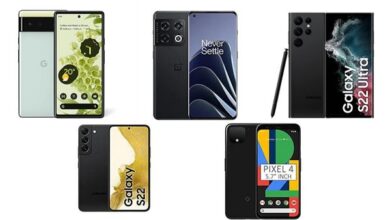 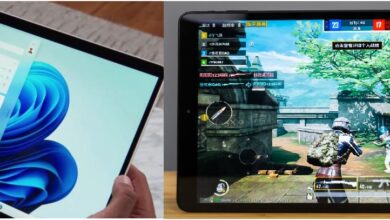 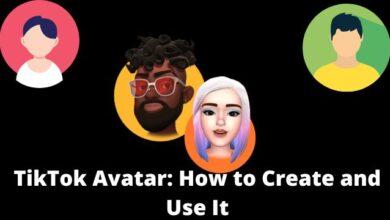 TikTok Avatar: How to Create and Use It 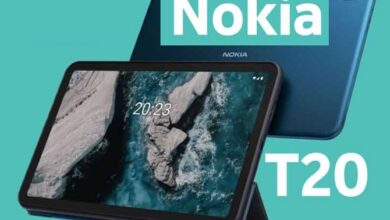