Minecraft: How the Video Game Impacted Multiple Generations- Here’s how Minecraft changed gaming and created a new way to play, with both creative and survival options, in light of the news of a film adaptation.

When Mojang Studios released Minecraft, it gave users tools and a world, then let them loose. Many players unexpectedly chose to survive or build on their own, without any control or framework, when they finally had the freedom to play how they wanted. After that, the popularity of what would eventually be referred to as a “sandbox model” had an impact on video games.

The video game genre was drastically changed by Minecraft, which has had an impact on social media, film and television, education, and many other fields. Here’s a look at how the game affected several generations of players and fans in light of recent developments around the live-action movie adaptation of the game Minecraft.

The History of Minecraft

The game was created by Markus “Notch” Persson using the Java programming language. Following extensive early private testing rounds, it was first made available to the general public in May 2009. After Notch stepped down and Jens “Jeb” Bergensten took over development, it was fully published in November 2011.

The most popular video game of all time is Minecraft, which has sold over 238 million copies and has about 140 million monthly active users as of 2021, according to GameSpot. Later, it was modified for a variety of different platforms. But what is Minecraft, exactly?

Users can find and gather raw materials in the blocky, randomly generated 3D world of Minecraft, make tools and other things, and construct buildings, embankments, and basic machinery. Users can play peacefully or competitively with or against other players in the same environment, depending on the game mode they have selected.

There are several game modes offered, including a creative mode (where players have access to infinite materials and flight) and a survival mode (where players must acquire resources to build in the environment and maintain their health). Additionally, a large range of user-generated content is accessible, which expands the possibilities and game dynamics.

For example, people have made mods, servers, skins, texture packs, and original maps to enhance the Minecraft experience.

Minecraft in the Media

The Greek temple Acropolis, Manhattan in New York, Westeros from the fantasy series Game of Thrones, a dinosaur park from the Jurassic Park movies, and even a fully functional Hogwarts from the Harry Potter series are just a few of the impressive replicas created by players of the virtual block-building game Minecraft (seen above). If you make up a famous building or a filmmaking location, it has probably been painstakingly recreated. Depending on the design, such projects can require hundreds of hours of work, and as a player, you want to proudly display them to others.

Thanks to the widespread use of social media sites like Facebook and YouTube at the time that Minecraft was released, these platforms immediately became overrun with references to and images of the constructions that game players had created. The game is the subject of numerous YouTubers with tens of thousands of subscribers, including CaptainSparklez, DanTDM, Jelly, PopularMMOs, and others.

Even television shows have previously made reference to Minecraft. The game is commonly played by the titular Rick and Morty characters, and in a South Park episode, the parents of the main characters develop a Minecraft addiction. The Simpsons’ opening titles for one episode were entirely made in the manner of Minecraft.

In terms of music, the game is also mentioned in the music video for the Lady Gaga song “G.U.Y.” In general, Minecraft has a rich past and has influenced countless people across centuries.

A few spin-offs of the popular video game Minecraft have already been launched or are in the works. These consist of Minecraft Earth and the episodic point-and-click video game Minecraft: Story Mode (an augmented reality sandbox game, which has since been shut down). Some of the Minecraft spin-offs have been able to survive due to steadfast player communities and continued development.

Starting to use the periodic system might not be enticing to many kids, but when you do it in Minecraft, it acquires a new charm. Minecraft: Education Edition, which was released in 2014 and is presently being utilised by thousands of educators worldwide, at least has that as its guiding principle. since the game, in which almost everything can be copied, appears to be enjoyed by the students.

Children can explore the cells of plants and animals or use the game Minecraft to learn how to program. In one of the chemical modules, it is possible to combine atoms to create new molecules, which in turn creates new building materials. Recently, Mojang and BBC collaborated to develop a Frozen Planet Series for Minecraft: Education Edition offers kids a new and entertaining approach to learn about real-life wildlife.

The “Overworld,” which serves as the background for Minecraft: Dungeons (shown above), is a made-up world resembling Minecraft that is composed of rudimentary 3D objects, largely cubes and liquid known as “blocks,” that represent various materials and is home to both friendly and harmful monsters. The game contains a linear, plot-driven campaign with cutscenes, in contrast to Minecraft. There is no open world, mining, or construction in Minecraft: Dungeons. It is an isometric point-and-click hack-and-slash dungeon crawler as an alternative. An RPG created by Mojang Studios is called Minecraft: Dungeons (role-playing game).

Minecraft: Legends is an upcoming real-time action strategy video game produced by Mojang Studios, Blackbird Interactive, as well as Xbox Game Studios. Although it is mostly a strategy game, the gameplay was influenced by action games. It is looked into from a third-person perspective. Both competitive and cooperative play are supported by the game’s multiplayer. Legends are created in the Minecraft universe during an invasion by Piglins from the Nether. A great hero who unifies the inhabitants of the Overworld to defend their home is needed to clean up the Overworld from the taint of the Nether. The game will launch on a number of gaming platforms in the first half of 2023.

Back in 2014, when Notch, the inventor of Minecraft, innocently tweeted about the prospect of a movie, word spread that Mojang Studios was interested in producing one. It was only a notion because there were no formal plans in place at the time. The movie eventually started, but during the next five years, production was difficult. Fans questioned whether the movie would ever be produced because the authors, directors, and producers changed so frequently.

Eventually, in 2019, a crew was assembled, and filming started. Release date for the movie, Minecraft: The Movie, was set for March 2020. The story, according to Mojang, is about “a teenage girl and her unusual band of explorers.”

They must defend their lovely, blocky Overworld once the evil Ender Dragon embarks on a course of destruction.

When the creator of Minecraft, Notch, accidentally tweeted about the possibility of a movie in 2014, word got out that Mojang Studios was considering making one. Because there were no official plans in place at the time, it was only an idea. The film was eventually started, but the subsequent five years of production were challenging.

Fans questioned whether the movie would ever be made due to the constant changes in the authors, directors, and producers. Eventually, in 2019, a crew was put together, and shooting began. The movie Minecraft: The Movie was scheduled for release in March 2020. The story centers on “a teenage girl and her unique gang of adventurers,” according to Mojang. 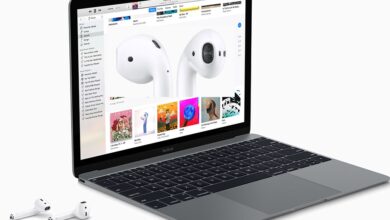 How to Connect Airpods to a Macbook Pro? 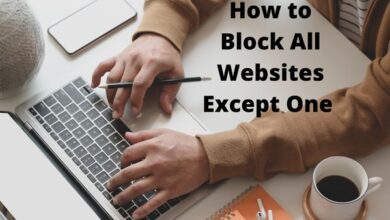 How to Block All Websites Except One (Few) 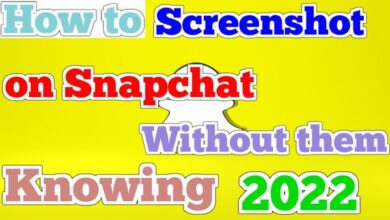 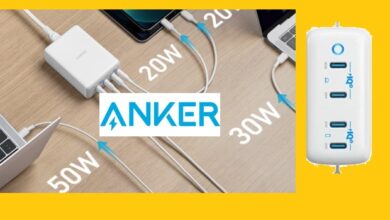