Record Calls on Your Android Phone- You want to record and save a future important phone call. On your Android phone, you can record both incoming and outgoing calls using the appropriate software.

It can be difficult to record phone calls on an Android device. Although the Google Phone app has a recording capability, it may not function depending on your carrier, location, and other factors. There are many on-device solutions, like Google Voice and third-party apps, in addition to the possibility of using an external recording device.

With Android 10, Google tightened restrictions on these kinds of apps even more by preventing call recording using the microphone. As a result, a large number of app developers began using Android’s Accessibility Service to record phone calls. But in April 2022, Google revised its developer guidelines to indicate that it would not permit Play Store apps to use the accessibility service for call recording. The policy became operative on May 11, 2022.

Even further, the business has classified phone recording as a form of spyware.

In its developer guidelines, Google stated that “Behaviors that can be interpreted as spying on the user can likewise be labelled as spyware.” For instance, “recording audio, capturing phone calls, or stealing app data.”

In the past, individuals were able to circumvent Google’s prohibition by altering the audio source or format, amplifying the speaker level, manually instead of automatically recording, and even rooting their phones. Since then, some people have started sideloading call-recording apps using an APK file as opposed to downloading them straight from Google Play.

Your phone’s Android version also has an impact on all of this. Apps running on Android 9 and older devices should continue to be able to record phone calls without running afoul of Google’s most recent limitations. However, apps that attempt to use the accessibility service on phones running Android 10 or higher may violate Google’s new guidelines.

Can you legitimately record a phone call, particularly if you don’t ask some other person for permission? That is, if you can find a working call-recording app. Where you reside will determine the response. US federal law and the majority of state laws permit phone recording with the consent of just one party, which can be you. However, some governments demand consent from both parties before a recording can be made.

Of course, other nations have their own legal systems. Ask the other party for their consent before recording the call in order to fully protect yourself legally. Here are several programs that could be able to record your Android phone chats despite all of those constraints, limits, and challenges.

Built-in call recording is available in the Google Phone app, although it is subject to a number of restrictions. Your phone must come with the most recent version of the app preloaded. You need Android 9 or a later version. The requirement that your region, provider, and device all support it is the strictest, ruling out many phones and locales.

Make sure your phone is using the Phone by Google app and not, for example, Samsung’s Phone app. Open the appropriate app, select Settings by tapping the three dots in the top right corner. To specify which calls you wish to record, click Call Recording. Your phone cannot record calls using the app if the Call Recording option is hidden.

The next time you are on a call that you want to record, if you have the choice, hit the Record button. Click the Stop Recording button when finished. The recording is available in the Phone app’s Recents section. Choose the recording from the list of calls by tapping the name of the caller whose call you captured, and then touch Play.

You select a dedicated phone number with Google Voice so that incoming calls are sent to your mobile device. Click the hamburger icon in the upper-left corner of the application after setting up your phone number and Google Voice account. To enable call recording, open Settings and toggle the switch next to Incoming call options.

The restriction in this case is that you can only record incoming calls. Tap the number 4 on the keypad as soon as you pick up the phone to start recording the call. Get the other party’s consent in advance as the call will be recorded, as stated in the message. Press 4 on the keyboard once more to end the recording. You can listen to or download the recording from your email inbox to your computer.

The recording app Automatic Call Recorder is straightforward but efficient. To record audio, access contacts, make and manage phone calls, and access your images and other media, open the app and grant the required rights. The app then informs you that future updates downloaded from the store may no longer allow call recording on this device owing to new Google Play restrictions.

You need enable the accessibility service on devices running Android 10 or higher. Press the On button. Click the Call Recorder option under Downloaded apps on the Accessibility settings screen to enable the Use Call Recorder switch. Give the app complete access to your device, allowing it to view, control, and execute specified operations as well as view and view the screen. return to the program after that.

Before beginning any recording, you need set up the app in the Settings menu. You can turn on or off automatic call recording for incoming and outgoing calls here. You can decide whether to only record particular contacts. Make sure to turn on the recording volume and raise the loudness in the recording area. Additionally, you can choose to enable recording if you shake your phone.

Every time you place or receive a phone call, recording will start if you leave automatic recording turned on by default. The recording can then be viewed by opening the app. You can add call notes, delete the recording, share the call via social media or email or save the call as an audio file to your phone from the settings menu. The $8.49 Pro version removes commercials and unlocks additional features compared to the free version, which is ad-supported.

Automatic Call Recorder tested flawlessly on an Android 9 handset right out of the box. The accessibility service had to be enabled for the app to record calls during Android 12 testing.

Automatic Call Recorder The reliable app Call Recorder Pro has many features. It first guides you through the prerequisite setup procedures, including turning on accessibility features. The Settings screen will then be accessible, where you can choose whether to manually or automatically record calls, update the audio source and format, improve the audio quality, turn up the volume, or turn on the feature that starts recording when you shake your phone.

The programme will record all incoming and outgoing calls if it is set to automatic recording. When the recording displays onscreen, simply tap it to start listening in the app. You can play the file, save it on the phone, distribute it via email or other services, and remove the recording from the screen where it is being recorded. The app is free and sponsored by adverts, however you may remove the ads for $3.49.

A more sophisticated and expensive app is Call Recorder – Cube ACR. The free basic edition comes with advertisements and does not offer cloud-based recording backup. After a free one-week trial, a subscription will cost you $6.99 for 6 months or $9.99 for a full year if you require the further features. But the free version ought to function adequately.

You must provide Cube ACR permission to utilise the accessibility service with Android 10 or higher, just like with the other call-recording apps. You can change the clarity and volume of calls, switch on or off auto recording, block calls from unknown numbers, and, if your phone supports it, enable recording from VoIP apps under the app’s settings. Even your recordings can be geotagged to pinpoint the caller’s location.

Call the other party as usual to start recording an outgoing call. Incoming calls are auto recorded in the background if you select autostart recording. Open the app to view and listen to the recordings after the call has ended. You have the option to share recordings via email or social media, delete them, view the caller’s location on a map, and mark recordings as important.

During testing, Cube ACR used the accessibility service to record phone calls on two Android devices: an Android 9 device and an Android 12 device. The limitations of the Google Play accessibility service were not mentioned in the app. However, similar to other call recording apps, a future version may have difficulties while attempting to record calls as a result of Google’s policy changes.

How can I record a call on Android without app?

Nowadays, a call recorder capability is incorporated into many Android phones, enabling you to record phone calls without the need for a separate call recorder programme. If necessary, you can use it to securely record your calls.

How can phone calls be recorded the simplest way?

On your Android phone, launch the Google Phone app. Start the call you want to record or answer it. Click Record on the call screen. When you’re ready to stop recording, select Stop recording.

Why my Phone is not showing call recording option?

This typically occurs after installing a beta version of Android OS. It’s vital to note that in order for your device to utilise the call recording feature, it must be running Android 9.0 Pie or higher. Additionally, the functionality of the call recorder app won’t function if it lacks the required permission.

How do I use my Phone as a recorder? 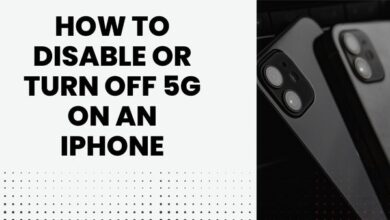 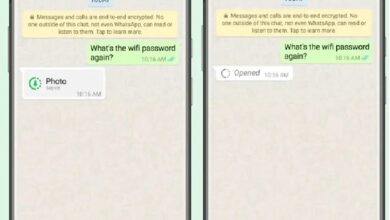 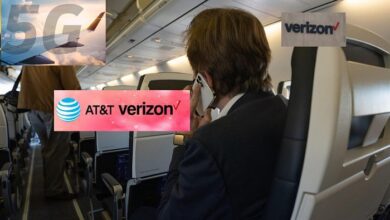 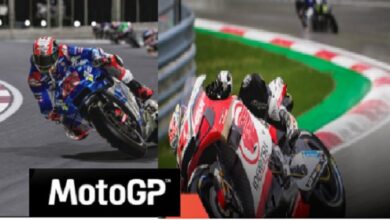